A healthcare device and a key for the Singularity Era

Caio Bolzani, a PostDoctoral researcher at the Broca Hospital at University of Paris Descartes, France, is developing an innovative device that could make modern telehealth — that uses computational, electronic and telecommunications technologies to support long-distance healthcare —significantly easier, cheaper and smarter.

The device is a waterproof skin patch attached to the upper back of the patient: “Conventional telehealth devices are bulk and patients with neurocognitive disorders can remove them even unintentionally,” says Bolzani.

Many products depend on wires to send the vital information collected by biosensors to the UI (User Interface) or to recharge the battery. The new device uses a wireless recharging method, a circuit is hidden in the patient’s mattress and charges the battery during the night or nap times. “A screen shows vital signs, infos and alerts,” says Bolzani. “For instance, in case of a heart attack, the device can alert people around to help the patient.” 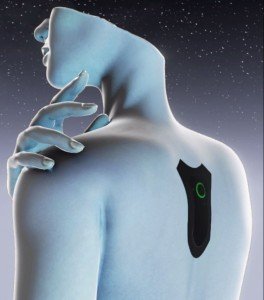 The resulting hardware configuration is very simple — no buttons, no plugs — and the family can opt to receive  support from a telehealth system.  Monitoring the vital signs, daily activities and abnormal behavior in real time enables immediate assistance. 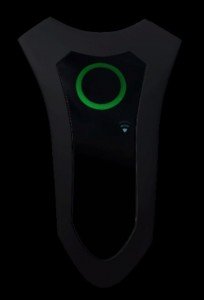 Bolzani argues that the potential uses of the technology are wide-ranging. “Increasing life expectancy is an amazing thing, but it also raises significant challenges.” The number of patients with Alzheimer’s disease – the most common form neurocognitive disorder (75%) – increases considerably with age: nearly half of those aged 85 and older may have the disease.

“I’d love to see everyone feeling safe knowing that their health is being monitored 24/7,” says Bolzani, “in the future, it will be possible to perform full body check up, pain and disease management in real time. Traditionally, chronic diseases have been managed through episodic office-based interviews. Now a computer-based diagnostic system will rely on sensors.”

In addition, the device can be associated with home automation to modify the environment bringing the best in terms of comfort, well-being and independence for the patient.

Problems remain for the researcher: he must deal with privacy issues, implement new sensors, test new power saving algorithms, various and other features.

Bolzani believes that the device can be used as an interface between the body and the intelligent environment like in the Matrix or Ender’s Game movies, “this technology can be transformed into something practical and everybody should have one for everyday use.” The conceptual idea and some features can be seen in the video below.

Previous: Smart homes and support to those with Alzheimer’s